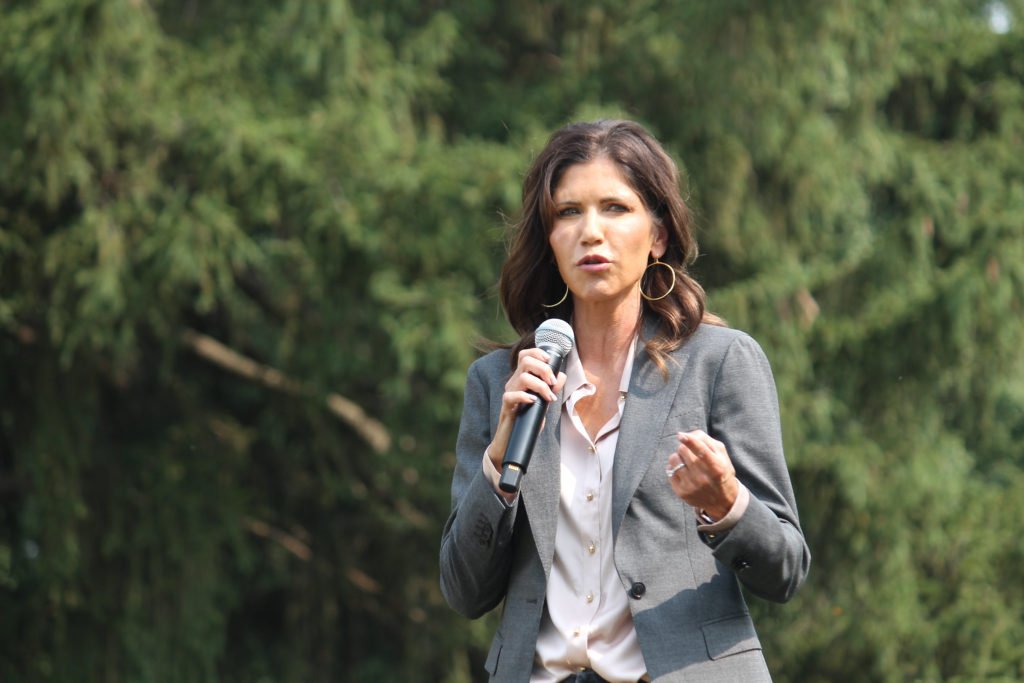 A lot of ink has been spilled this week in copious criticism and even some defense of Gov. Noem’s decision to turn tail and run from the woke corporate interests in her state.

We have all seen this type of GOP betrayal before, so why is this time different?

The GOP, in all living memory, has treated the culture warriors among us, whether they are pro-life activists, single-issue voters, or people generally concerned about God and traditional values, as a necessary evil to be pandered to at precise times and locations to lock in our votes for merely as long as they need them. They will make a few pro-life remarks on the stump, or give a symbolic vote when it doesn’t matter. Like in 2017 when the GOP had both houses and the Oval Office, they couldn’t get around to voting on defunding Planned Parenthood. But when the Democrats took over the house and it was doomed to failure, they were content to move ahead. The list of betrayals and lip-service is too long to cite here, but for those paying attention for more than five minutes, it is obvious.

So what was Noem’s routine and smug betrayal compared to the long list of similar betrayals? Why did this one garner so much instant outrage from many people on the right? Why did she miscalculate so badly what the reaction would be?

Because something has changed since 2016, something that great swaths of the GOP establishment, with few exceptions, has yet to come to terms with. A large portion of the GOP base has come to realize what the GOPe refuses to, that the culture war IS THE WAR. It is the only battle that matters. That all other issues are downstream of the culture and if we don’t win this, we lose it all.

The culture war issues are no longer just single-issue voter issues that require occasional pandering, they are the fights that the GOP base now demands. And for the last four years, for all his warts, the base saw day in and day out a president that was willing to say it, and more importantly, actually fight for it.

And the transgender athletes issue is the most obvious, the easiest, the hanging curveball down the middle of the plate culture-war issue any GOP politician is likely ever to be granted. It is the rare issue that has actual bi-partisan support among regular people and near universal support within the party.

So when Gov. Noem signaled her delight in singing the bill a few weeks ago, this reinforced the reputation she garnered during her lockdown fight. But when she reversed herself just a few weeks later because of woke corporate pressure and then lectured us about how we fail to understand her 4D chess, the base lost it. They are simply not willing to put up with the pandering anymore, they want someone to fight, to fight for them, to fight for their children and grandchildren, to save what is left to save. They thought they might have that in Gov. Noem, so her betrayal sparked something the GOPe hasn’t really seen before.

The usual suspects will try to convince you this is folly, that she is being smart, or that this is about some GOP purity test. That is all bunk. This is about the culture war being the only war that matters and the base has seen what a fighter looks like. And they are not willing to go back.