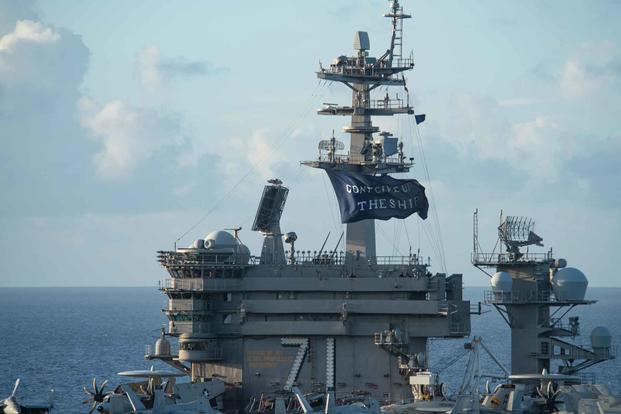 A federal judge on Thursday temporarily postponed orders a deployed sailor was facing to shave his beard — an order he says infringes on his religious rights.

Electrician’s Mate (Nuclear) 3rd Class Edmund Di Liscia, a Hasidic Jew aboard the aircraft carrier Theodore Roosevelt, was counseled Thursday and ordered to shave his beard by Friday. Di Liscia previously obtained an accommodation allowing him to wear a beard in uniform for religious reasons, but was told by his ship’s command that the rule had been overridden.

Di Liscia wrote in his counseling record that being ordered to shave violates his religious practices. He called the order to shave “extremely humiliating and deeply jarring to my psyche and soul.”