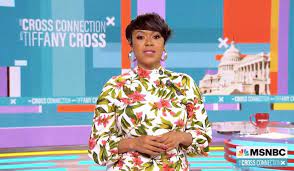 They called his a “token” and a “tap dancer.” But I guess it’s ok because they had a black person say all these things. I guess?

Leading the cable network’s attack was host Tiffany Cross, who denigrated Scott for having the gall to dispute the liberal line that America is racist.

She rolled out every racist phrase she could. Cross called Scott “a stone fool,” “slow-witted,” “a token,” and called his points “asinine,” all before the very low blow that Harriet Tubman would have left Scott “behind.”