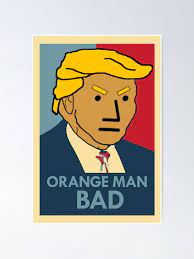 Isn’t it “nice” to know that one of the most important newspapers in America, owned by the wealthiest man in the world, dismissed a key part of the coronavirus origin story because … Trump?

You may have thought the media falling for the Trump-is-a-Russian-secret-agent hoax – for years – was journalistic malpractice and treachery, and you’re right.

The self-described “fact-checker” of The Washington Post, Glenn Kessler, admits in a splashy article that because Leftist legacy media reporters (my words, not his) didn’t like President Donald Trump, they ignored his warnings that the “China virus” possibly escaped from a Wuhan, China, lab. They denounced it as a “thoroughly debunked theory.” And they ignored him and his legitimate warnings because they believed the usage of the term was racist.

Put another way, political correctness, blind hatred, and leftist wokism contributed to the burying of a key component of the most important story of our lifetimes.