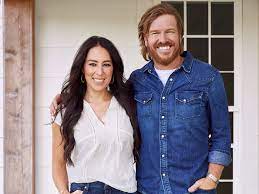 The woke mob came clamoring for Joanna and Chip Gaines again after he donated to the campaign of woman running for a local school board who also happens to be his sister.

POLL: What scares you the most?
Shannon Braun is running for a seat of the Grapevine-Colleyville ISD school board and has received $1,000 from the famous couple, as reported in the Dallas Morning News.

She is also vocally opposing the implementation of school curriculum that includes critical race theory. For that reason, the Gaines are being targeted for cancellation yet again.