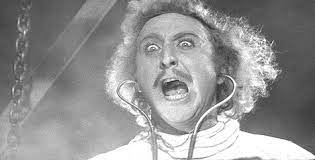 What could possibly go wrong?

The U.S. Senate on Thursday voted along party lines to kill a Republican amendment to a technological development bill aimed at banning experiments to create “certain types of human-animal chimeras” – which scientists use to further medical research – over ethical concerns.

The amendment, proposed by Sen. Mike Braun (R-Ind.), failed with 48 Republicans voting for it, 49 Democrats voting against it and Sens. Thom Tillis (R-N.C.), Joe Manchin (D-W.Va.) and Marsha Blackburn (R-Tenn.) not voting.

The amendment defines “human-animal chimera,” as various combinations of human and non-human DNA, such as a human embryo “into which… nonhuman cells… have been introduced,” making the species of the embryo “uncertain.”