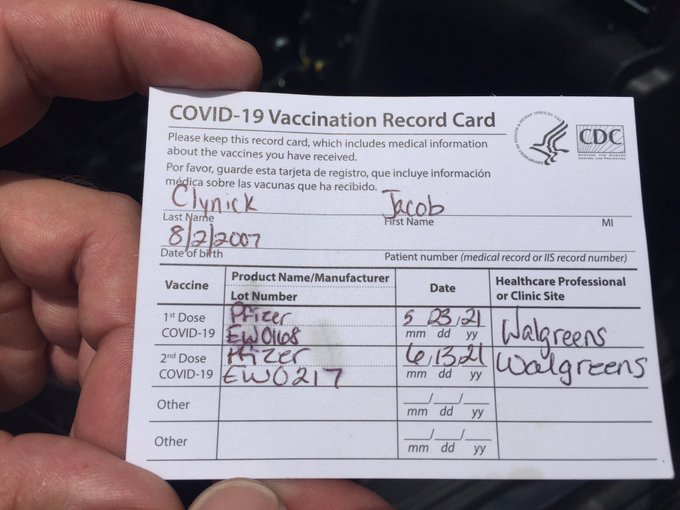 Mistakes only happen in one direction.

Twitter locked the account of the National File, a national populist news website, for reporting on a tweet from Tami Burages, a woman who says her 13-year old nephew died three days after receiving a second dose of Pfizer’s coronavirus vaccine. Twitter later said the account had been locked in error and reinstated it.

According to a Twitter spokesman, the platform took enforcement action on the National File’s account in error. That action has been reversed and the account has been reinstated.

The National File’s report was about Twitter user Tami Burages, who said her teenage nephew had died shortly after receiving a second dose of the Pfizer vaccine.

“Our family is devastated,” said Burages “I struggled with putting this out on twitter. I am pro-vaccine. We vaccinated my own 14-year-old son as soon as it was available. I know it is mostly safe. But Jacob is dead now.”

A week ago today my brother's 13-year-old son had his 2nd covid shot. Less than 3 days later he died.

The initial autopsy results (done Friday) were that his heart was enlarged and there was some fluid surrounding it. He had no known health problems. Was on no medications. pic.twitter.com/5q3jnF6okQ