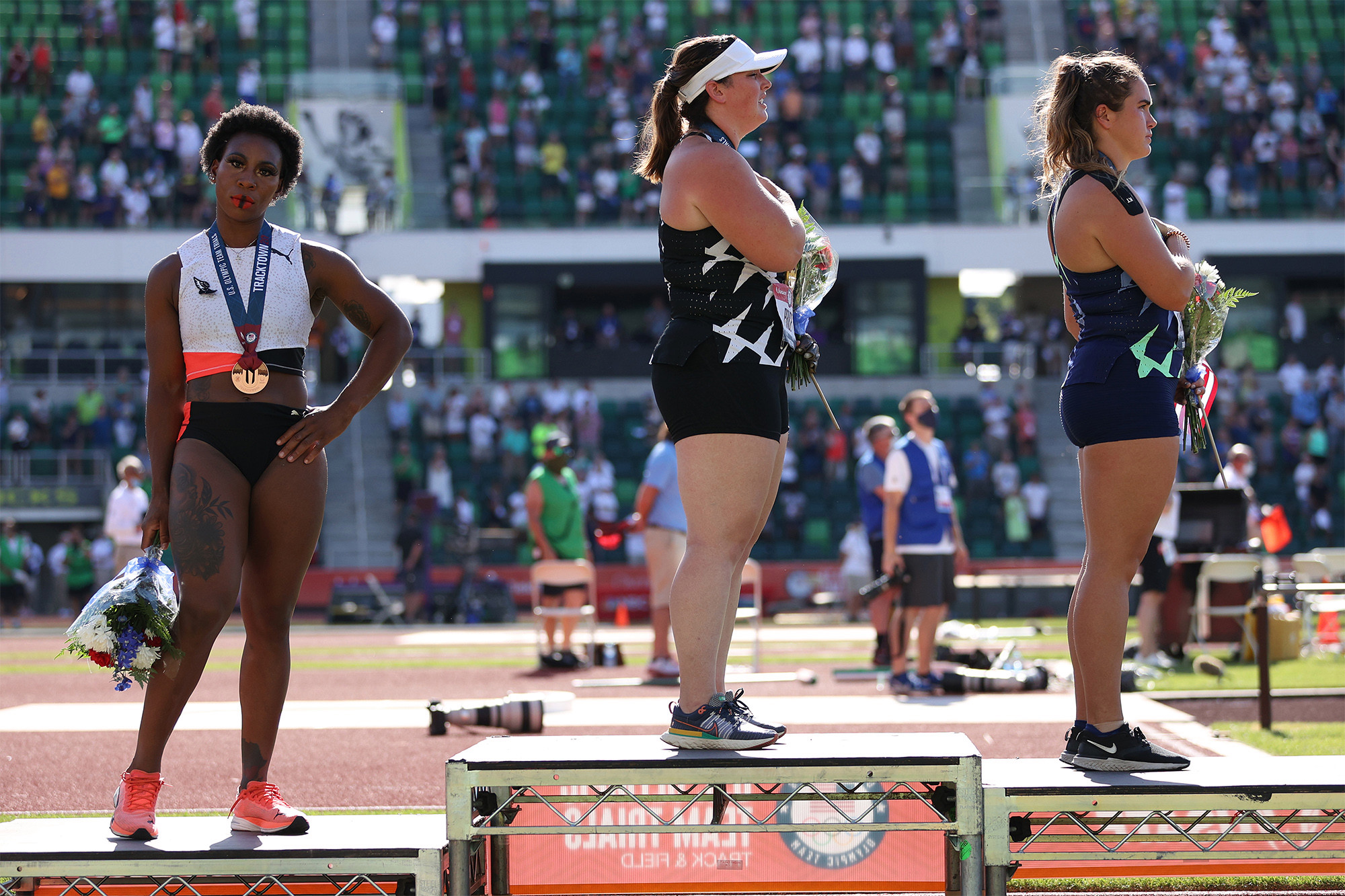 There stood Berry, a black woman, reaching for the second time the stratosphere of American athletic achievement, and yet still lecturing about “systemic racism.”

“I was pissed, to be honest,” she added.

Berry, who placed third in the hammer throw, turned away from the American flag during the song and placed her hands on her hips while making sophomoric faces. “I’m here to represent those . . . who died due to systemic racism,” she said after. “That’s the important part. That’s why I’m going. That’s why I’m here today.”

Actually, she was there because she was given the opportunity to prove her meddle and represent her nation — a nation she apparently hates.

Conversely, if “systemic racism” were the problem Berry professes it to be, she would very much not be “here today.”