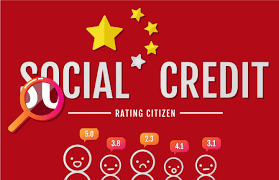 Leftist Democrats, but I repeat myself, are making no secret of their plans to become more like their comrades in China. They support vaccine passports for COVID mRNA shots in order for people to receive certain social rewards such as going to school or attending a Major League Baseball game, just like the social credit score system in the People’s Republic. Now, Democrats and Congresswoman Maxine Waters, the chair of the House Financial Services Committee, want your FICO score to go full “woke.”

They’re not even trying to hide it.

USA Today reports that in testimony before Waters’s committee on June 29, the counsel for a group called the National Consumer Law Center, Chi Chi Wu, a product of Harvard and Johns Hopkins, gave away the game on how her law-fare grifting group and people like them want to change FICO credit scores. Wu and her fellow travelers got a warm reception at the three-hour-plus hearing.

Wu wants the government to take over the credit scoring “now,” which in her magical utopia would include response “to public pressure” without putting “profit-making as their top priority.”

While public agencies are not perfect, at least they would not have profit-making as their top priority. They would be responsive to public pressure and government oversight. They could also be charged with developing credit scoring models to reduce the yawning racial and economic inequality in this country.

The fact that these are private, profit-seeking companies explains why the credit bureaus are constantly expanding their products into uses, such as employment, insurance, and tenant screening, that ultimately harm Americans and contribute to the massive inequality in our nation. [emphasis added]