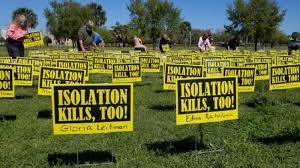 Can we really trust “two weeks to slow the spread?” The answer is an obvious no. This is an obvious death sentence for another illness that has no vaccine.

A record 93,000 overdoses were recorded in 2020, a sharp 29 percent increase from the 72,000 lives lost from the same disease in 2019. There’s no question the spike in overdose deaths was driven by the stress of experimental lockdowns destroying livelihoods as the self-inflicted wounds of hysteria broke the nation’s psyche.

The death toll from COVID-19 eclipsed 600,000 by June this year, nearly all of which came prior to the arrival of widely available vaccines. Now, however, the game has changed. Even as rare breakthrough infections begin to raise panic, those who die from the virus today and tomorrow are among the unvaccinated. And the vast majority of the population at the highest risk for COVID are vaccinated.

In other words, death from COVID can now be prevented by vaccine, presenting Americans a personal choice. Deaths will likely continue to decline as more people take the miracle medicine.

The same can’t be said for ailments from repeat lockdowns. The re-emergence of these failed measures threaten to wreak havoc on the nation’s psyche. It was once headed back to a normal that now may never return as Americans begin to cope with the lives they lose under lockdown. It’s unclear how much worse overdose rates may rise under the resurgence of new restrictions, but they’re likely to be far higher with no end in sight.