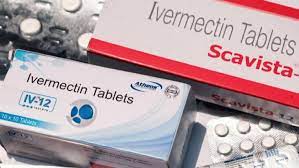 The Cincinnati Enquirer first reported on the remarks Paul made at a town hall event for 60 people held at the Cold Spring City Council chambers on August 27.

“The hatred for Trump deranged these people so much that they’re unwilling to objectively study it,” Paul said, per the Cincinnati Enquirer. “So someone like me that’s in the middle on it, I can’t tell you because they will not study ivermectin. They will not study hydroxychloroquine without the taint of their hatred for Donald Trump.”

Paul told the Cincinnati Enquirer that he does not know if ivermectin works but that he will “keep an open mind.”

Trump has not pushed ivermectin but has continually advocated for using hydroxychloroquine to treat COVID. Both drugs, however, have not been shown to be effective in preventing or curing COVID-19 infections, and US health authorities have warned people against using them.