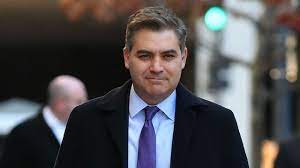 This coming from CNN, which should be renamed Al Jazeera West.

“The duration of Acosta’s monologue recycled tired anti-Republican insults, such as calling the Jan. 6 riots at the U.S. Capitol an “insurrection” and alleging the Texas law banning abortion after the detection of a fetal heartbeat sends a “Handmaid’s Tale vibe.”

That’s when Acosta likened some Republicans to an “American Taliban.”

“Some members of the far-right in this country have apparently decided they will resort to intimidation, and in some cases, even violence to get what they want. And they could sweep in power faster than the experts thought possible. Sound familiar? Sort of like an American Taliban,” Acosta said.”