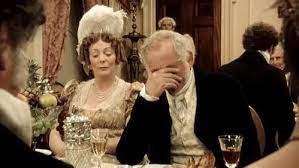 As part of the discussion over racism that followed the police killing of George Floyd in Minneapolis last year, museums have asserted solidarity with the Black Lives Matter movement and begun to rethink and recast how they portray history.

Among them is a museum dedicated to the writer Jane Austen in the English village of Chawton, where she lived from 1809 until shortly before her death in 1817 at age 41.

This month, the museum, Jane Austen’s House, touched a nerve when its director said that it would include details about Austen and her family’s ties to the slave trade, including the fact that her father was a trustee of a sugar plantation on the Caribbean island of Antigua.

The museum’s director, Lizzie Dunford, told The Daily Telegraph that updated displays would also explore the broader context of the time in which Austen lived, when her family members would have consumed products of the slave trade such as tea, cotton and sugar.

“The slave trade and the consequences of Regency-era colonialism touched every family of means during the period. Jane Austen’s family were no exception,” Dunford said, adding, “This is just the start of a steady and considered process of historical interrogation.”