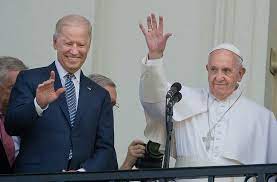 White Catholics’ inexorable move this generation away from the Democratic Party loyalty of their forebears is a major political earthquake equal to the collapse of the Democrats’ “Solid South” (which encompassed white evangelicals in former times) and, more recently, the party’s increasing reliance upon non-religious voters.

Other religious voting blocs have been quite stable over time. Trump not only gained the customary GOP support from white evangelicals (80%) – similar to numbers for Romney, McCain and Bush 43 – but from Latter-day Saints (66%) and Orthodox Christians (59%). White “mainline” Protestants’ impact is weakened because their numbers are declining and they split 50-50 on politics, with a serious gap seen between pulpits and pews.

The growing center of today’s Democratic Party coalition consists of non-religious “nones,” with low 2020 Trump backing among atheists (11%), agnostics (18%) and those who are religiously “nothing in particular” (34%). Likewise, Black Protestants (9%), Jews (29%) and Muslims (15%) had the usual lack of enthusiasm for a Republican. Non-white evangelicals gave Trump 34%.