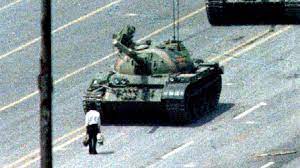 Father Francis Liu from the Chinese Christian Fellowship of Righteousness said in a tweet that some Christian WeChat accounts, including “Gospel League” and “Life Quarterly,” were no longer available online, the U.S.-based persecution watchdog International Christian Concern reported.

When someone tries to access those accounts, a message reads, “(We) received report that (this account) violates the ‘Internet User Public Account Information Services Management Provisions’ and its account has been blocked and suspended.”