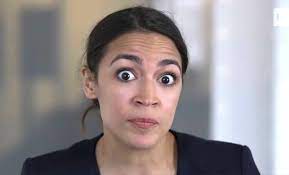 Far-left Rep. Alexandria Ocasio-Cortez (D-NY) said during a committee hearing on Thursday that Planned Parenthood, which performs hundreds of thousands of abortions per year, saves lives.

“I don’t want to hear a single person on this committee or outside of this committee talk about, what about, valuing life when they continue to uphold the death penalty, when they continue to support policies that disproportionately incarcerate and lead to the deaths of black men and people throughout this country, and uphold an absolutely unjust medical system that exists for profit, that allows people to die because they can’t afford to live,” she pontificated. “In addition to that, if we want to talk about Planned Parenthood, let’s talk about how many lives Planned Parenthood has saved and how many babies have been born because of the prenatal care provided by Planned Parenthood.”

“And if you don’t believe it, and if you’ve never met a Planned Parenthood baby, I’m happy to let you know that I am one, and that my mother received and relied on prenatal care from Planned Parenthood when she was pregnant with me,” she claimed. “And so if we’re concerned about life, we don’t get to talk about anyone else who’s not concerned about the full spectrum of that when we are upholding policies that kill people.”