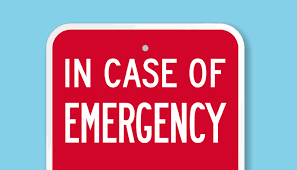 This is why you should be be preparing an emergency disaster supply kit. Things fall apart the center cannot hold.

Why it matters: Friday night’s cyberattack is “the most significant, successful attack on energy infrastructure” known to have occurred in the U.S., notes energy researcher Amy Myers Jaffe, per Politico.

The Department of Transportation’s Federal Motor Carrier Safety Administration issued a regional emergency declaration for 17 states and Washington, D.C., to keep fuel supply lines open.
The big picture: Colonial Pipeline carries 45% of fuel supplies in the eastern U.S. Some 5,500 miles of pipeline has been shut down in response to the attack.

While gasoline and diesel prices aren’t expected to be impacted if pipeline operations resume in the next few days, fuel suppliers are becoming “increasingly nervous” about possible shortages, Bloomberg notes.