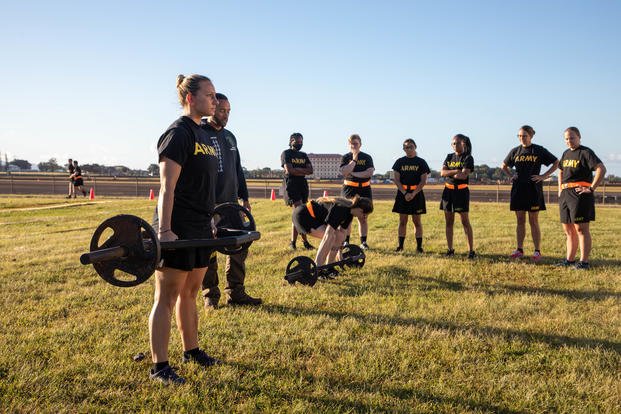 Dollars to donuts they change the standard again.

More than seven months after the official launch of the Army Combat Fitness Test, or ACFT, nearly half of female soldiers are still falling short, with enlisted women struggling the most, Military.com has learned. The data again raises questions about whether the Army’s attempt to create a fitter force is creating more barriers to success for women.

Internal Army figures from April show 44% of women failed the ACFT, compared to 7% of men since Oct. 1. “Female soldiers continue to lag male soldier scores in all events,” according to a United States Army Forces Command briefing obtained by Military.com.

Advertisement
FORSCOM data includes the results of 106,000 ACFTs taken in the first half of fiscal 2021. This amounts to 27% of women and 36% of men in the force who also have scores logged into the Army’s database, meaning the data could potentially be incomplete. FORSCOM tracks 3,400 new fitness tests per week on average.