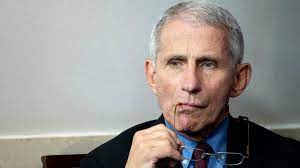 As discontent with top Biden health officials among many in and out of the GOP grows, a group of House Republicans will introduce a bill Wednesday to effectively fire top U.S. epidemiologist Anthony Fauci.

“Few people have earned their termination more visibly,” Davidson said in a statement to Fox News. “His excessively long tenure is emblematic of Eisenhower’s farewell address caution against scientific-technical elite steering the country for their own ends — at odds with truth and the national interest.”

The bill would impose a retroactive 12-year term limit on the director of the National Institute of Allergy and Infectious Diseases (NIAID), Fauci’s official post. The top scientist has held the job since 1984, so if the bill were to be signed into law he would be forced out of his job.