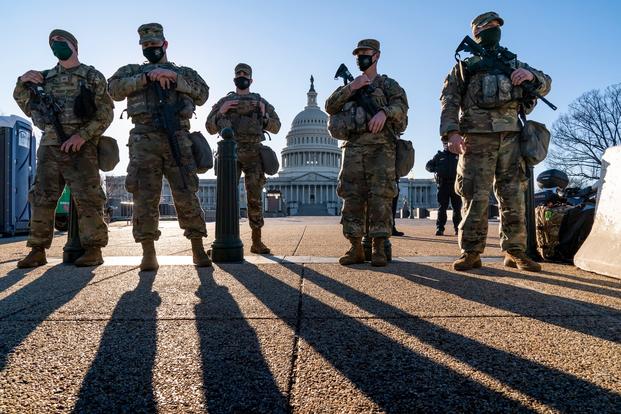 The top Republicans on the Senate and House Armed Services Committees rebuffed a proposed full-time National Guard quick reaction force, which would be ready to immediately combat future emergencies in Washington, D.C.

“We firmly oppose creating a D.C. National Guard quick reaction force,” Sen. Jim Inhofe of Oklahoma and Rep. Mike Rogers of Alabama, the ranking members of the committees that oversee the military, said in a joint statement.

The two lawmakers said a civilian force would likely be a cheaper solution and much more useful, possibly with improved law enforcement capabilities. Many Guardsmen deployed to the U.S. Capitol have little or no law enforcement training and often have military jobs unrelated to security.

The pair noted Congress hasn’t held any hearings to examine the cost of such a mission, which would likely require multiple states to deploy troops or the District of Columbia National Guard to remain on a constant domestic deployment. Either would be hard on Guardsmen, who must juggle civilian careers and are not eligible for government-provided child care.