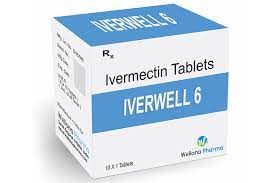 Hint: You can’t have an emergency authorization for a vaccine for a disease for which there’s already an effective treatment.

In February 2021, the British Ivermectin Recommendation Development (BIRD), [https://bird-group.org] an international meeting of physicians, researchers, specialists, and patients, followed a guideline development process consistent with the WHO standard. It reached a consensus recommendation that ivermectin, a verifiably safe and widely available oral medicine, be immediately deployed early and globally. The BIRD group’s recommendation rested in part on numerous, well-documented studies reporting that ivermectin use reduces the risk of contracting COVID-19 by over 90% and mortality by 68% to 91%.

A similar conclusion has also been reached by an increasing number of expert groups from the United Kingdon (UK), Italy, Spain, United States (US), and a group from Japan headed by the Nobel Prize-winning discoverer of Ivermectin, Professor Satoshi Omura. Focused rebuttals that are backed by voluminous research and data have been shared with PHAs over the past months. These include the WHO and many individual members of its guideline development group (GDG), the FDA, and the NIH. However, these PHAs continue to ignore or disingenuously manipulate the data to reach unsupportable recommendations against ivermectin treatment. We are forced to publicly expose what we believe can only be described as a “disinformation” campaign astonishingly waged with full cooperation of those authorities whose mission is to maintain the integrity of scientific research and protect public health.

The following accounting and analysis of the WHO ivermectin panel’s highly irregular and inexplicable analysis of the ivermectin evidence supports but one rational explanation: the GDG Panel had a predetermined, nonscientific objective, which is to recommend against ivermectin.