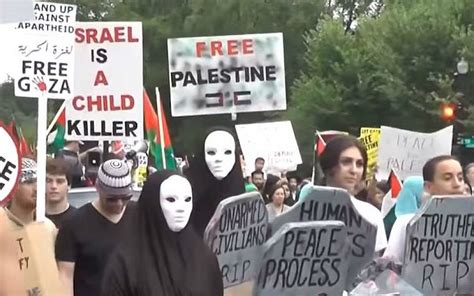 Synagogues across the country have been vandalized. Rallies in support of the Palestinian cause in Michigan, Florida, Washington, D.C., and elsewhere have turned anti-Semitic. Attendees have waved signs with messages like “Jesus was Palestinian and you killed him too” or “one Holocaust doesn’t justify another,” indiscriminately turning ancient, blood-soaked religious canards and recent Jewish trauma into verbal weapons with which to bludgeon American Jews who are not, of course, responsible for the actions of another set of Jews 5,000 miles away.

And almost as bad as the violence is the silence around it from major publications. The New York Times hasn’t deemed news of these attacks on New York Jews “fit to print,” though it did run a short story about the similarly horrific spate of attacks across Europe, including one incident in London in which a caravan of cars draped in Palestinian flags drove through a Jewish neighborhood as its passengers chanted “rape Jewish daughters.”