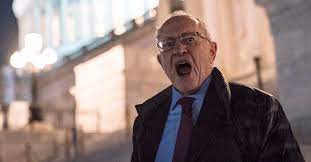 Famed civil liberties attorney Alan Dershowitz won a procedural victory in court Tuesday that will allow his $300 million lawsuit against CNN to proceed to depositions.

Attorneys for CNN filed a motion to dismiss the lawsuit in November but a judge in the U.S. District Court for the Southern District of Florida did not agree with their argument and said Dershowitz can proceed.

The lawsuit claims that CNN unfairly edited comments from Dershowitz about whether former President Donald Trump could have been impeached if he committed an illegal act that he believed was in the public interest.

Dershowitz says in the lawsuit that CNN repeated that clip over and over in order to make him appear as if he “had lost his mind.”