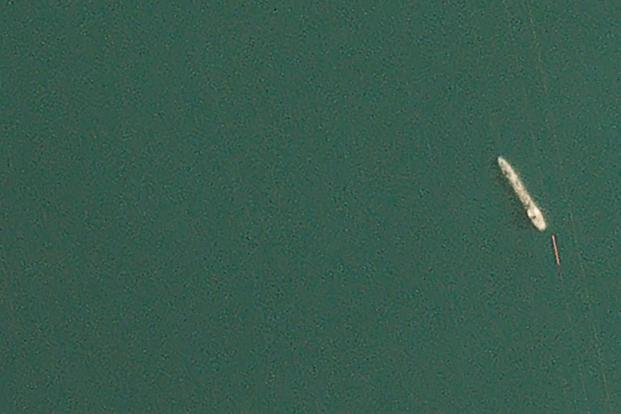 The Fars and Tasnim news agencies said efforts failed to save the support warship Kharg, named after the island that serves as the main oil terminal for Iran.

The blaze began around 2:25 a.m. and firefighters tried to contain it, Fars said. The vessel sank near the Iranian port of Jask, some 1,270 kilometers (790 miles) southeast of Tehran on the Gulf of Oman near the Strait of Hormuz — the narrow mouth of the Persian Gulf.

Photos circulated on Iranian social media of sailors wearing life jackets evacuating the vessel as a fire burned behind them. State TV and semiofficial news agencies referred to the Kharg as a “training ship.” Fars published video of thick, black smoke rising from the ship early Wednesday morning.