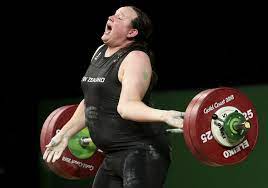 Hubbard became eligible to compete at the Olympics in 2015 when the International Olympic Committee changed its rules around transgender athletes. Updated IOC policy now allows people assigned male at birth to compete in women’s events without requiring sex-reassignment surgery if they have fewer than 10 nanomoles of testosterone per liter in their blood.

“It’s not fair for a man, even if this person wants to be a woman or feels compelled — if you want to become the opposite sex, that’s fine. I got no problem with it,” Favre said. “But you can’t compete against — males cannot compete against females.”

“If I was a true female — I can’t believe I’m saying that — and I was competing in weightlifting and lost to this person, I would be beside myself,” he later added.