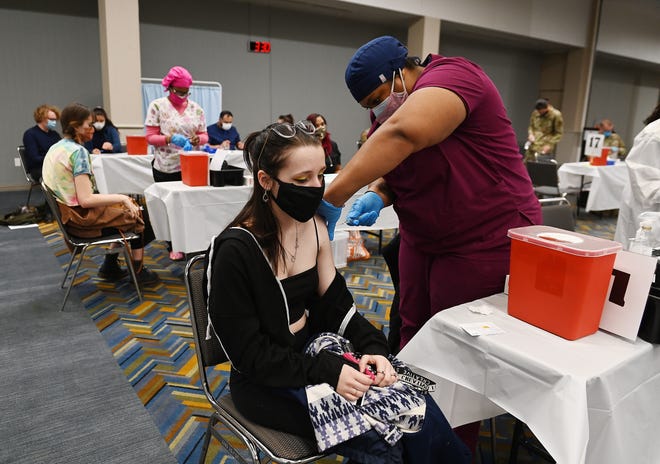 INDIANAPOLIS – Indiana University can require its roughly 90,000 students and 40,000 employees to get vaccinated for COVID-19 under a federal judge’s ruling that might be the first of its kind regarding college immunization mandates.

In a ruling dated Sunday, U.S. District Judge Damon Leichty in South Bend rejected a request from eight IU students who sought to block the requirement while they pursue a lawsuit claiming that the university’s policy violated their constitutional rights by forcing them to receive unwanted medical treatment.

James Bopp, a conservative lawyer representing the students, said Monday that he plans to appeal the ruling, which he believes is the first by a federal judge in challenges to such mandates, which have been imposed by hundreds of U.S. public and private colleges.

Leichty wrote that the students haven’t presented evidence showing they could prevail in the case, and that the Constitution “permits Indiana University to pursue a reasonable and due process of vaccination in the legitimate interest of public health for its students, faculty and staff.”

Leichty, who held a hearing on the case last week, said the plaintiffs could seek medical or religious exemptions offered by the university, or they could take the fall semester off or attend another school.