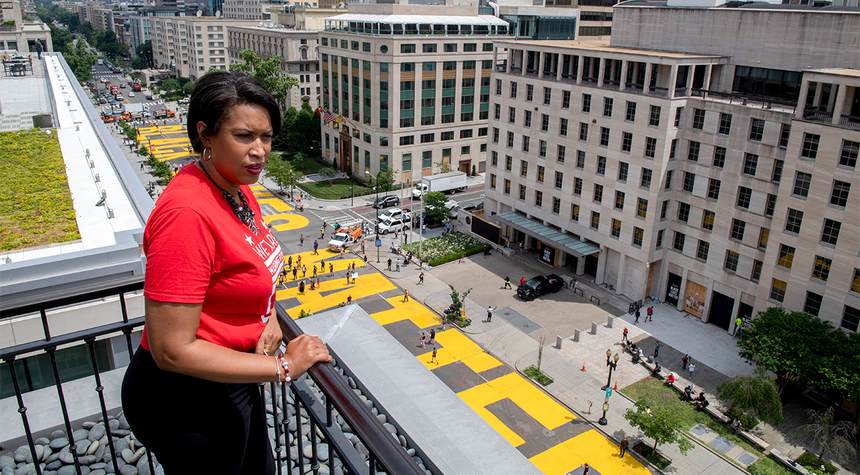 Tells you all you need to know.

Last year, Mayor Muriel Bowser (D-Washington, D.C.) directed her taxpayer-funded staff to paint “Black Lives Matter” in all caps along 16th Street N.W. near the White House. Yet when activists painted “CUBA LIBRE” on the same street in front of the Cuban Embassy last Friday, Bowser’s staff erased the message.

While the “CUBA LIBRE” lettering appeared to be in the same style as the state-sanctioned Black Lives Matter graffiti, D.C. Department of Public Works crews arrived outside the embassy on Friday afternoon to remove “the unauthorized painting,” spokeswoman Erica Cunningham told The Washington Post.

The Cuban Embassy attacked the U.S. in a statement.

“Despite the systematic policy of confrontation and aggression of the United States government against Cuba, the American diplomats who work in the US Embassy in Havana have always been safe and have never been the object of attacks, or other manifestations of hatred. The Cuban Government expects the same behavior on the US side,” an embassy spokesperson told the Post.